Wittenborg Partner, the University of Brighton, Hosts Conference on Need for Inclusivity

Senior lecturer Bert Meeuwsen represented Wittenborg University of Applied Sciences at the recently held Education and Student Experience Conference hosted over two days by the University of Brighton in the UK. Meeuwsen said he was especially inspired by the second day's programme, which centred around inclusivity and decolonising university curricula. In fact, he is a contributor to a forthcoming book on the subject.

According to Emily Hancock from the University  of Amsterdam, in June last year over 268,000 people petitioned the UK government to make teaching and learning about Britain’s role in colonisation and slavery compulsory in the UK school curriculum. "Westminster’s response stated that schools already have ‘opportunities’ to do so. The petition was part of a wider debate about how history should be taught in schools, and the role of ‘decolonised’ curricula following the murder of George Floyd in May 2020 and the resulting Black Lives Matters anti-racism protests." 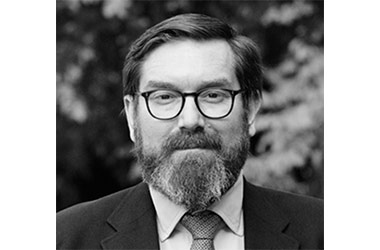 The Campus Director of the New European College, Wittenborg's partner institute in Munich, has encouraged students and staff to get vaccinated in the institution's latest newsletter before it closed for the summer holiday, telling them "there's real light at the end of the tunnel".

Sascha Liebhardt said Germany’s COVID numbers are at an all-time low. "Thanks to scientific advances and the available vaccines, we are slowly but steadily returning to normality. Although prudence is still the name of the game, we are seeing many of the restrictions of the last 18 months being lifted," according to Liebhardt.  A link to the current numbers in Germany can be found here. 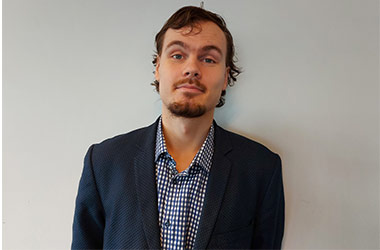 Wittenborg's Admissions Live Q&A of the month took place last week and, as usual, several prospective students from different countries worldwide joined the session. It was an opportunity to get to know more about Wittenborg’s study programmes and the process of becoming a student in the Netherlands.

The session, led by Admissions Administrator Mykhailo Huba, started with an introduction about Wittenborg, its locations and programmes. In between the different topics, participants posed their questions and also at the end of the session there was still time to get further clarifications.

Among the participants was a prospective student from Moldova, who aims to pursue his dream of following higher education despite being over 35 years old. His enquiry was about following a bachelor’s programme as a mature student. Fortunately, Wittenborg does not have any age limit for study programmes and everyone who complies with the entry requirements, such as proof of English level, will be welcome to join. 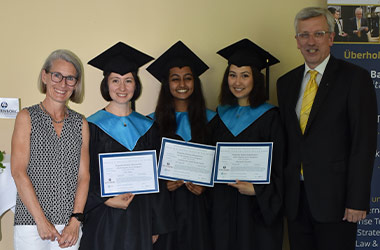 Wittenborg University of Applied Sciences had its first graduates from Austria this semester – stemming from its partnership with the International Tourism Management College (ITM) in Bad Vöslau, near Vienna, Austria. Here it offers its Bachelor of Business administration programme, with specialisation in Hospitality Management, to students from ITM, who studied online.

ITM was the first college in Austria to introduce English as the language of instruction. The college is accredited and approved by the Austrian Ministry of Education.

The graduates celebrated along with about 100 fellow graduates from Wittenborg's Dutch and Munich campuses during the 2021 Summer Graduation Ceremony last Friday, which was once again a hybrid affair. Most students attended in person, observing COVID-19 regulations, while others followed proceedings online. 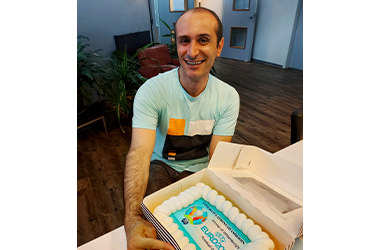 This week, the winner of the UEFA 2020 pool organised by Wittenborg’s communications department was revealed, and it happens to be Shamsodin K. Shavandi from Iran. With this win, Shavandi scored (pun intended) triple hits, as he has just graduated on July 9 with an MBA in International Management and signed a contract with an employer in the Netherlands.

Being a huge football fan, he was able to predict several match results, including the victory of Italy - his favourite team - over England, which ultimately led him to win the football pool. Coming in second and third places in the competition were Karen Penninga, Wittenborg's Director of Corporate Governance, and Lena Vandenbosch, International Partnership Manager, respectively.

On Thursday, July 16, Wittenborg staff from the communications and admissions departments welcomed Shamsodin one more time at Wittenborg’s office to present the lucky winner with his prize and a customised cake. He was very kind to share his cake with the staff and interns at the office, and stayed for some time to spend a cosy break time with them. 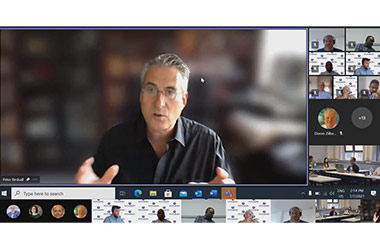 As Wittenborg’s academic school year came to a close this week, its faculty members came together for an informal teachers pedagogy strategies meeting. The main aim of the meeting is to gather teachers' reflections and to have open discussions on teaching and learning, one year into the pandemic. The event was held on Wednesday, 7 July, via hybrid mode at its Spoorstraat campus and MS Teams. The meeting was attended by lecturers from all of its four campuses, in Apeldoorn, Amsterdam, Munich (Germany) and Bad Voslau (Austria).

The meeting served to provide a platform for teachers to share and discuss innovative and effective teaching pedagogies that have worked well in both online and physical lessons. Topics discussed also revolved around strategies to increase student engagement in class and retention of current digital tools, as well as incorporating new ones.

The Graduates Who Persevered Despite a Global Pandemic 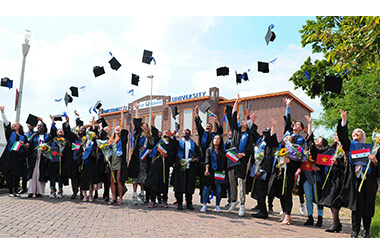 Much Joy as Wittenborg Celebrates at 2021 Summer Graduation Ceremony

Wittenborg University of Applied Sciences celebrated its 2021 Summer Graduation Ceremony on Friday - hopeful that it will be the last one constricted by the COVID-19 pandemic. Graduates were praised by management and lecturers alike for their tenacity and perseverance in obtaining their degrees despite the difficult circumstances brought about by the pandemic.

For the first time in the institution's history, due to the number of graduates, the hybrid ceremony took place in two phases with the morning session reserved for master's students and the afternoon session for those graduating with a bachelor's degree, as well as members of staff who completed a Post-Graduate Certificate in Teaching and Learning. 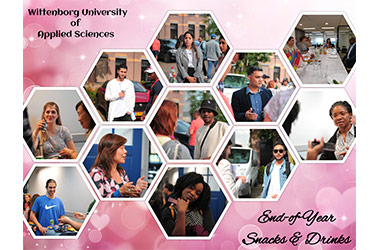 With exams completed and summer vacation around the corner, Wittenborg’s End-of-Year Snacks & Drinks event attracted almost ninety students, teachers and staff. The event, held on 7 July at the Apeldoorn and Amsterdam campuses, was graced by President and Chair of Wittenborg Peter Birdsall and CEO Maggie Feng. 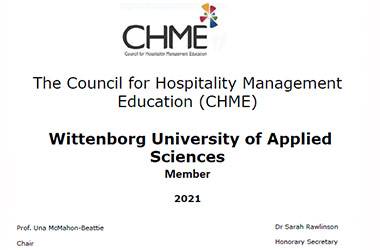 Wittenborg University of Applied Sciences is proud to announce its membership to the Council for Hospitality Management Education (CHME) - a non-profit organisation representing the UK, European and international universities and colleges offering higher education programmes in the fields of hospitality studies, hospitality management, and related fields.

Wittenborg President Peter Birdsall said CHME is a research group within the hospitality and tourism sector with a strong academic focus. Wittenborg is also a member of EuroCHRIE, the European chapter of a global network organisation which supports education and training for the hospitality sector and works closely with industry representatives. 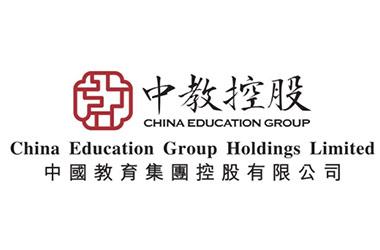 A memorandum of cooperation has recently been signed between Wittenborg University of Applied Sciences and Nanchang Bola Students Services (NBSS), which is a branch of the China Education Group (CEG). NBSS will act as Wittenborg's China Representative Office.

CEG believes that the partnership with Wittenborg will further diversify its international education opportunities for students who want to study abroad. "It can provide more and diversified study abroad options for CEG's 250,000 students, as well as provide CEG member schools with richer channels for international education exchanges. This in turn will help to establish a win-win cooperation between Chinese and European higher education," said Plymouth Li, legal director at CEG's Strategy & Investment Department in Shanghai.