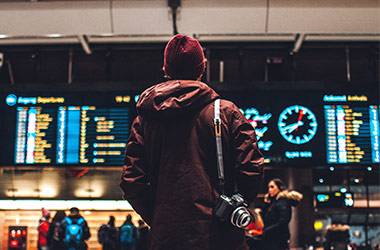 Interest to Study in the Netherlands Still High Among International Students: Nuffic Survey

International students' interest to study in the Netherlands is still huge – and preferably they would like to come to the country at the start of the new academic year in September, a survey by the Dutch organisation for internationalisation in education, Nuffic, has shown. The survey was done in two parts to determine how COVID-19 is affecting international students' plans to study in the Netherlands.

Almost 1,350 prospective students participated in the survey. Deferring their studies was a less popular option among those surveyed. Most would like to study physically in the Netherlands, although they were also open to online alternatives.

At Wittenborg University of Applied Sciences the number of students starting in September is expected to be less than the growth trajectory envisioned before COVID-19. Wittenborg President Peter Birdsall told De Stentor newspaper of the 350 new students expected for the new academic year, he hopes at least 200 will eventually make it to the Netherlands. Currently the number stands at 150 with less than a month to go.

Due to COVID-19, international students still face lots of uncertainties about their study plans. Travel restrictions (62.8%) and visa procedures (46.4%) seem to be at the top of the list of worries, followed by finances (40.3%), scholarship possibilities (35.6%), and the mode of instruction – online or class-based (34.4%).

The majority of students surveyed wish to follow a master's degree in the Netherlands and were planning to join an institution here in September 2020. Most students who took part were from NESO countries – Brazil, China, India, Indonesia, Mexico, Russia, South Africa, South Korea, Turkey and Vietnam.

When asked what they will most likely do, 39% indicated plans to come to the Netherlands and study in person or online (30%). Only 15% wanted to start their programme in September at a Dutch institution while remaining in their home country.