Wittenborg President Participates in EAIE Panel on Diversity and Inclusiveness

Wittenborg president Peter Birdsall participated in the online panel ‘How to Mix All the Colours on Your Palette’ on 13 September. The event was organised as part of the 32nd European Association for International Education (EAIE) Conference, which this year took place in Barcelona, Spain.

Hosted by Manager of Accreditation and Member Services at the Association to Advance Collegiate Schools of Business (AACSB) Marine Condette, the panel also featured Robert Buttery, Head of International Relations at the University of Applied Sciences and Arts Northwestern Switzerland.

Buttery, in turn, highlighted that nation-states have been historically diverse, due to factors such as migrations and the coexistence of different political systems. “Switzerland, for example, has always been a diverse country in terms of language, ethnicities and religion. The real issue is how to transform existing internationalisation policies, in order to create a sense of inclusivity and belonging for international students. Although there is no quick-fix, this is the beginning of the dialogue and it will help us define the actions we need to take in order to advance the agenda.”

The president of Wittenborg pointed out that the business school has actively worked to ensure diversity and inclusion within its student body, seeking to recruit people of different genders, cultures and regions of the world. “This involves continuous efforts from our marketing and recruitment teams, such as using student agents in different areas of the world and instructing teams to balance diversity and culture within the student body. Diversity management is key to making sure you get a good international business school, and it does not happen unless your team is aware of this approach. On top of that, it really helps if your team represents the continents, genders and religions of the students you are aiming to recruit.” 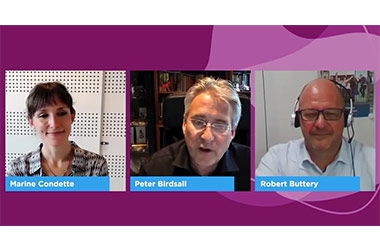 Arguing that higher education institutions need to break down the different areas of diversity and also look into the diversity that exists within countries, Buttery mentioned that the University of Applied Sciences and Arts Northwestern Switzerland has adopted a “bottom-up approach”. “Our international office works closely with student associations, with the goal of encouraging the best practices concerning diversity. It is a nurturing approach, aimed not only at attracting students from diverse nation-states, but also at achieving better integration and interaction among them.”

Both panellists stressed that creating a sense of belonging is essential for international schools, and this requires considerable investments and commitment by higher education institutions.

“Belonging is important, but it does add complexity to the operations. You need to have student support teams that are available online and offline to provide the students with the assistance they need. In addition to that, even though Wittenborg does not bring politics or religion into the way the organisation is managed, we do recognise that a lot of students feel more belonging if they have access to pastoral care. As such, the school has reached out to local faith institutions ranging from Christian, Muslim and Hindu organisations to find support networks for its students,” Birdsall affirmed.

In Buttery’s view, belonging plays a crucial role in fostering social and academic engagement. “We need comprehensive support systems to match the number of students we have been mobilising. As a result, institutions must make significant investments, but this can only work if they have the necessary resources to do so. In other words, they need to have a realistic approach when it comes to budget,” he concluded.