Netherlands to Overhaul Accreditation System for Universities by 2024 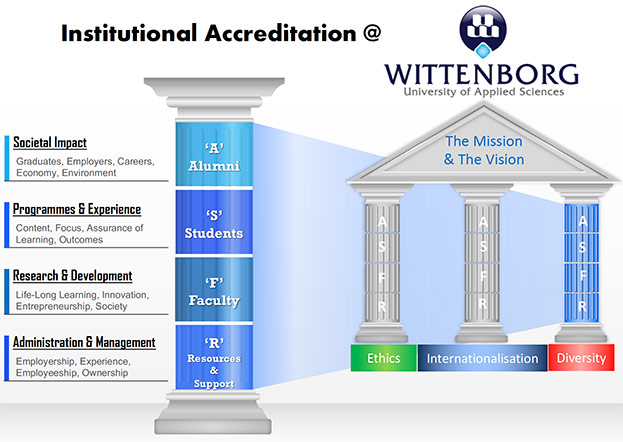 If it is up to the Dutch Ministry of Education, the Netherlands will overhaul its accreditation system for universities by 2024 with the focus on more self-regulation. Currently, the Dutch Flemish Accreditation Organisation (NVAO) accredits all programmes at institutes of higher education – whether public or private like Wittenborg University of Applied Sciences. The plan is now to shift from programme accreditation, which is done every 6 years by NVAO, to institutional accreditation.

ScienceGuide reports that the Minister of Education, Culture and Science, Ingrid van Engelshoven, plans to send a letter to parliament detailing the ins and outs of the new accreditation system. It is foreseen that the new system will be more flexible and make it easier to work with other institutions abroad. Moreover, it is seen as an good instrument to strengthen the quality culture at institutional level.

It is foreseen that there will still be an overseeing role for the NVAO in that from 2024 they will evaluate the internal quality control systems of public universities and universities of applied sciences. But where does this leave private institutions like Wittenborg?

Wittenborg's chair of the executive board, Peter Birdsall, said the university of applied sciences is in favour of the third option. He said the biggest threat would be to end up with a two-track accreditation system – one for public institutions and one for private. "This would be a death blow for international recruitment by private institutions."

The NRTO plans to send its official response on the matter to the ministry after consulting with its members.